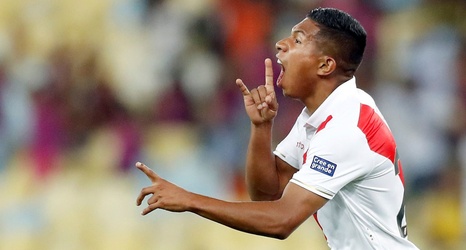 Flores joins D.C. from Liga MX's Morelia for a reported transfer fee of over $5 million, adding some needed clout to an attack that lost Rooney, Lucas Rodriguez and Luciano Acosta, the latter of whom went the other way to Mexico to join Atlas.

Flores, 25, was on Peru's 2018 World Cup squad, and he brings a dynamic element to D.C.'s midfield on the opposite side of USA international Paul Arriola. Flores scored 12 goals in the last two years with Morelia, including three in the most recent Apertura playoff quarterfinal series vs.