David Njoku to Give Browns 'His Full Commitment,' Per Agent Drew Rosenhaus 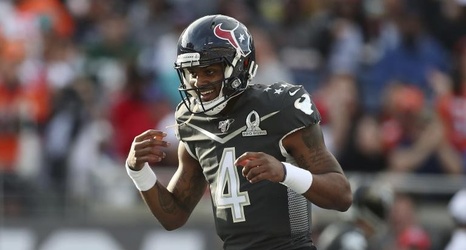 Agent Drew Rosenhaus said Saturday that tight end David Njoku is going to give the Cleveland Browns his "full commitment" after previously requesting a trade.

Also, Njoku tweeted, "I'm all in Cleveland. Time to work."

Last month, Rosenhaus told ESPN's Adam Schefter, "It is in David's best interest to find a new team at this time," after the Browns signed tight end Austin Hooper to a big contract in free agency.

The Hooper deal is worth $42 million over four years with a $10 million signing bonus and $23 million in guaranteed money.