Daniel Ricciardo Pulls Off American Accent In Interview Ahead of U.S. Grand Prix 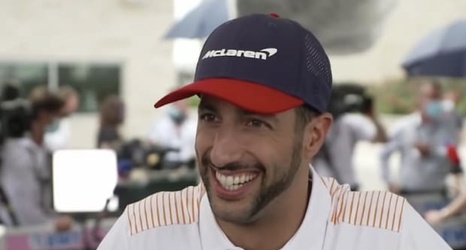 Daniel Ricciardo is going full Texan for the U.S. Grand Prix this weekend in Austin.

The McLaren star showed up to Thursday's press conferences wearing an all-black outfit capped with a cowboy hat and a handlebar mustache. And in an interview with Formula1.com, the Australian driver took it an extra step by attempting to put on an American accent for the whole conversation.

Ricciardo sits in eighth place in the current drivers' championship standings with 95 points. His best performance of the season was a win at the Italian Grand Prix, which was his first since Monaco in 2018 when he was competing for Red Bull.