Dabo Swinney Would Be 'Surprised' if Trevor Lawrence Returned to Clemson 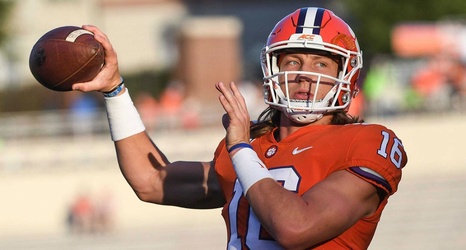 Clemson's Dabo Swinney weighed in on his quarterback's future on Thursday, saying he'd be "surprised" if Trevor Lawrence returned for his senior season. But like Lawrence did earlier this week, Swinney left some wiggle room in his response.

Lawrence said to reporters earlier this week that he is open to returning to Clemson for his senior season despite being the projected No. 1 overall pick in the 2021 NFL Draft.

"My mindset has been that I'm going to move on," Lawrence said. "But who knows? There's a lot of things that could happen.