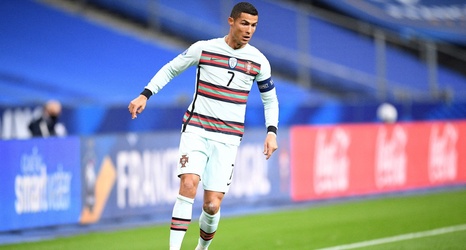 With his goal in a 3-1 win against Luxembourg on Tuesday, Cristiano Ronaldo pulled to within six goals of the men's international scoring record of 109 goals set by Iranian striker Ali Daei.

With Portugal locked in a 1-1 draw with Luxembourg in the 50th minute, Ronaldo made a perfectly timed run to the back post, where he tapped home a cross from Manchester City fullback Joao Cancelo to give Portugal the lead.