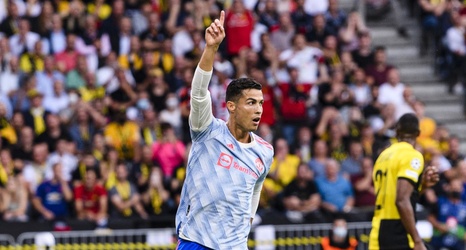 Cristiano Ronaldo's welcome-back celebration continued on Tuesday as the Manchester United star scored on one of his first touches against Young Boys in the first match of the Champions League group stage.

After scoring twice over the weekend against Newcastle in his second Manchester United debut, Ronaldo only waited 13 minutes to score his third goal in as many days. As Ronaldo waited to time his run along the Young Boys backline, Bruno Fernandes picked out his Portuguese compatriot with a sublime, outside-of-the-boot pass. Ronaldo collected the pass and calmly slotted his shot through the legs of Young Boys goalkeeper David von Ballmoos for the lead.