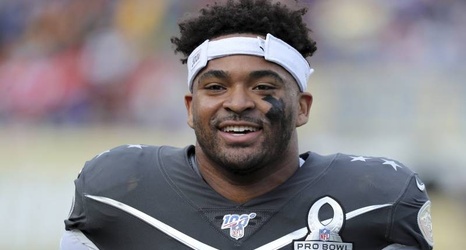 The Dallas Cowboys have made a long-term contract offer to quarterback Dak Prescott that would make him the second-highest paid quarterback in the league behind the Seattle Seahawks' Russell Wilson.

"The Cowboys have an offer that, according to sources, would make Prescott the second-highest-paid NFL quarterback in terms of average per year. That figure would fall behind Seattle Seahawks quarterback Russell Wilson, who makes $35 million a season and received guaranteed money that is on par with Jared Goff's $110 million guarantee from the Los Angeles Rams.