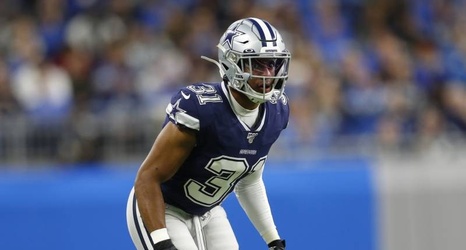 Free-agent cornerback Byron Jones' top suitor may be in the Mile High City.

According to 104.3 The Fan's Cecil Lammey, Jones "could be [a] top target" for the Denver Broncos in free agency.

Jones has played for the Dallas Cowboys since the franchise drafted him in the first round of the 2015 NFL draft. The 27-year-old is hitting free agency at the same time as several other top-tier Cowboys players such as quarterback Dak Prescott, wide receiver Amari Cooper and defensive end Robert Quinn.

The Cowboys likely want to keep Jones, but they may prioritize securing some of their other free agents.