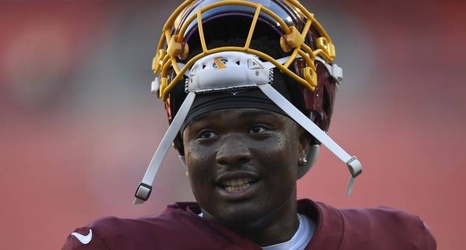 Dallas Cowboys quarterback Dak Prescott suffered an injury to his right index finger and a sprained left hand in a 31-24 loss to the Chicago Bears on Thursday, according to head coach Jason Garrett.

Per Clarence Hill of the Fort Worth Star-Telegram, Garrett told reporters that Prescott will be good to go for Dallas' next game against the Los Angeles Rams on Sunday, Dec. 15. He did not leave the contest versus Chicago and finished with 334 passing yards and one touchdown.

The 26-year-old has remained healthy in the early portion of his career, playing all 48 regular-season games in his first three campaigns and leading the Cowboys to two NFC East titles in that span.