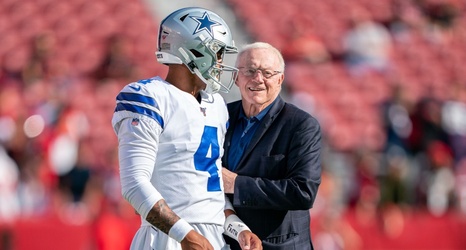 While quarterback Dak Prescott remains out of action for the Cowboys, the keys to the offense have been handed over to Cooper Rush. But whenever Prescott is ready to return to the field, at least one prominent voice within the organization hopes that Rush isn’t so quick to hand the reins back to the face of the franchise.

Speaking to reporters on Thursday, team owner and general manager Jerry Jones said he was hoping for a quarterback controversy once Prescott was able to play again, as it would mean that Rush performed well and the team was having success.