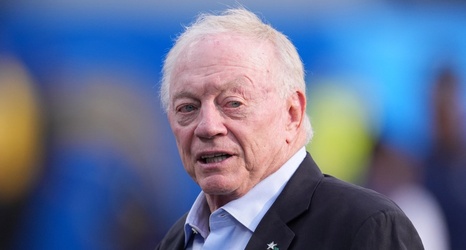 Ahead of his team’s Thanksgiving matchup with the Giants, Cowboys owner Jerry Jones was in the news Wednesday after a photo surfaced from his past showing his connection to one of the first instances of public school integration in his home state of Arkansas.

The photo—taken on Sept. 9, 1957, at North Little Rock High when Jones was 14 years old—shows a group of white students blocking the doorway and shouting slurs at six Black students as they tried to enter.

Jones said he went there as a “curious thing,” with no intention of harassing the Black students.