Cowboys' DeMarcus Lawrence on Snubbing Kid in Giants Jersey: 'Suck It Up' 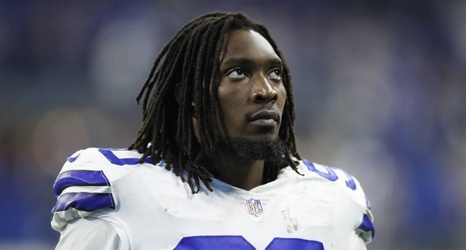 Dallas Cowboys defensive end DeMarcus Lawrence defended his decision to pass on signing an autograph for a young fan in a New York Giants jersey after Dallas' 35-17 win over New York on Sunday at AT&T Stadium.

As seen in the following video, a child wearing a Saquon Barkley jersey attempted to get an autograph from Lawrence, but the two-time Pro Bowler kept walking and said, "Get the right jersey, son."

Lawrence took to Twitter on Tuesday to back up his actions:

It’s crazy how you fans want to attack me for not signing for a kid.