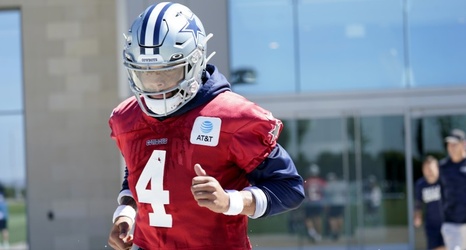 The last time Dak Prescott played a home game at AT&T Stadium was during an Oct. 11 victory over the New York Giants when he suffered an ankle injury that required multiple surgeries.

He did not play in Dallas' home games during the preseason, and the team opened the 2021 campaign with two straight road games. It's safe to say he is excited to take the field in front of the home fans again for Monday's showdown against the Philadelphia Eagles.

"I think it will be more special just because of the amount of Cowboys fans that will be there versus the away games.