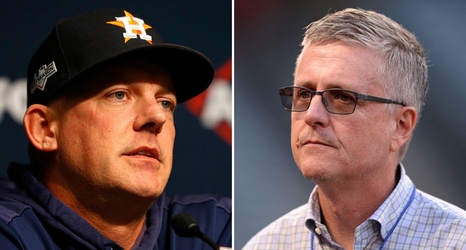 Within minutes of the announcement, Astros owner Jim Crane fired both men from their jobs.

Luhnow and Hinch were found responsible for a conspiracy hatched by Astros players and staff to electronically steal signs. The operation unfolded during parts of the 2017 and 2018 seasons, including during the 2017 postseason when the Astros won the World Series. There were several basic components of the plot. It involved the surreptitious placement of a camera in the centerfield area of the club’s home ballpark, Minute Maid Park, to record opposing teams’ catchers signaling signs to pitchers on the mound.