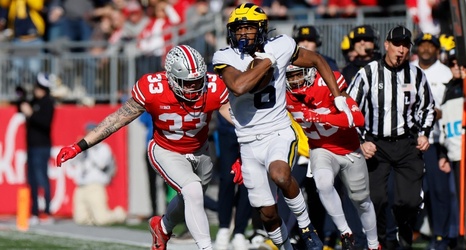 Michigan’s win over Ohio State knocked the Buckeyes from No. 2 to No. 5, opening up a spot for USC to rise to No. 4. Georgia remained at No. 1 while unbeaten TCU stayed at No. 3, with all four current playoff teams set to play in their respective conference championship games this weekend.

The new rankings set off a lively discussion on social media, which largely centered around the idea that the current top four should be locked in regardless of this weekend’s results.