College Football Playoff Rankings Reaction: The Good, the Bad and the Ugly 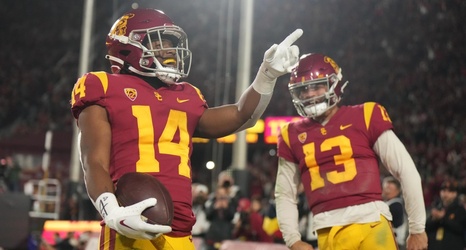 The penultimate Playoff rankings are here.

Lots of chalk up top and churn in the middle as rivalry weekend shook things up. But now we can train ourselves firmly on the top four as the final weekend before bowl season is imminent.

Good: It’s win and in, and three teams may not even have to win

You don’t get much more cut and dry heading into championship weekend. It’s almost like the Playoff committee doesn’t really want much work heading into the weekend because with the top four as it stands, their work is almost done.