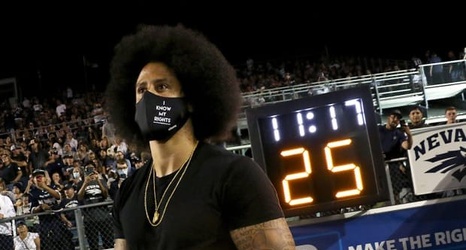 In a rare interview, former NFL quarterback and American activist Colin Kaepernick said he still trains to play in the NFL.

"I am still up at 5 a.m. training five, six days a week making sure I’m prepared to take a team to a Super Bowl again," he told Ebony. "That’s not something I will ever let go of, regardless of the actions of 32 teams and their partners to deny me employment. The same way I was persistent in high school is the same way I’m gonna be persistent here."

Kaepernick did the interview while promoting his new Netflix series, Colin in Black & White, a six-episode scripted series that chronicles his high school years.