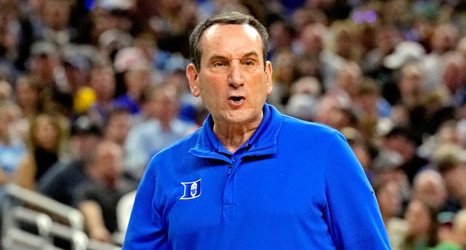 Duke’s federal tax filings from 2020–21 have been released, and it appears that coach Mike Krzyzewski’s paycheck resulted in the country’s highest for collegiate coaches by a landslide.

Last year, Coach K made a total of $12.5 million from his combined compensation ($3.3 million), benefits/deferred ($7.2 million) and expenses/etc. ($2 million), according to Sportico. Coach K’s final season paycheck will not be released until next year.

The Duke men’s basketball program reportedly earned $22.5 million during the 2020–21 season, so over half of the team’s earnings went to Coach K.

On top of his earnings from Duke, Coach K has received money through sponsorships or advertisements.