Clayton Kershaw Scratched From NLCS Game 2 Due to Back Spasms, Tony Gonsolin Will Start 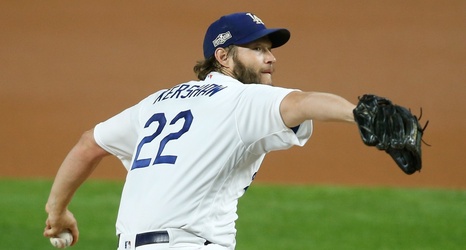 The Dodgers have scratched ace Clayton Kershaw from his start in Game 2 of the NLCS against the Braves.

Los Angeles announced that Tony Gonsolin will start in Kershaw's place because the 32-year-old starter is dealing with back spasms. The move comes after the Dodgers fell 5–1 to the Braves in Game 1 thanks to Atlanta's four-run ninth inning.

Kershaw, who has struggled with back pain throughout his career, last pitched in Game 2 of the NLDS. He struck out six batters in six innings, and the Dodgers' offense backed him up to hold on for a 6–5 win over the Padres.