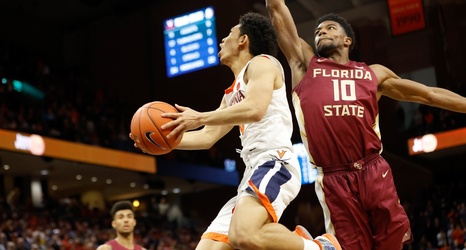 Mamadi Diakite had 19 points and nine rebounds for Virginia, which has won two straight after losing four of its previous five. That stretch raised questions about whether the defending national champions would even make the NCAA Tournament this year.

The game was tied 11 times and neither team could get any separation over the final 10 minutes. Virginia trailed 56-55 before Clark drove down the left side of the lane, reached across and banked his shot in on the right side.