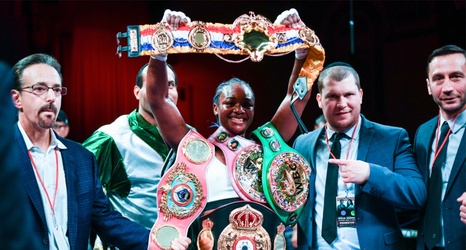 She wants more than your money, of course. She wants your titles. You, in this case, being any women’s boxer weighing between 154 and 168 pounds. Marie-Eve Dicaire, the undefeated Canadian, has one, which Shields will attempt to relieve her of when the two square off in Shields’s hometown of Flint, Mich., on Friday.

She wants a legacy. No fighter, male or female, has been the undisputed champion in two weight divisions in the four-belt era. Shields, a former undisputed champ at 160 pounds, would be the first.