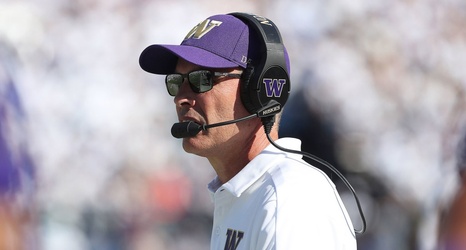 Washington head football coach Chris Petersen announced that he will be stepping down as head coach following the Huskies' upcoming bowl game, the university announced in a release. Defensive coordinator Jimmy Lake will be promoted as the new head coach as Petersen transitions into a leadership advisory role for Washington's athletic department.

"It has been a privilege and a professional dream fulfilled to be part of this world-class institution," Petersen said in a release. "I will forever be grateful, honored and humbled to have had the opportunity to coach our fine young men on Montlake for these past six seasons.