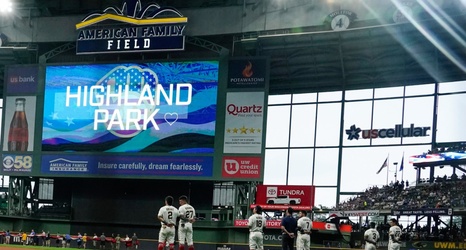 Professional sports teams throughout the city of Chicago offered messages of hope Monday in the aftermath of a mass shooting at a Fourth of July parade in Highland Park, Ill.

The NFL’s Bears, NBA’s Bulls, MLB’s Cubs and White Sox, NHL’s Blackhawks, WNBA’s Sky, and NWSL’s Red Stars issued statements in honor of the victims and those affected by the tragedy, which took place roughly 25 miles north of Chicago.

CNN reported at least six people were killed and over 25 were transported to the hospital with injuries after a gunman began opening fire on parade-goers from a nearby roof at around 10 a.