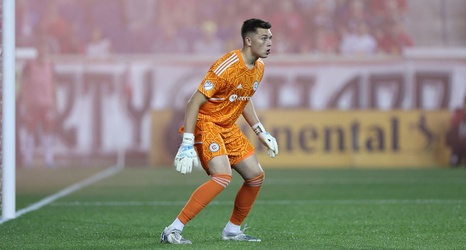 The reigning European champion is coming for the U.S.’s up-and-coming goalkeeping prospect.

Real Madrid reportedly had an opening bid for 18-year-old Chicago Fire goalkeeper Gabriel Slonina rejected, with the player’s agent making it clear that Gaga, as he’s casually known, has his sights set on a move to the Bernabéu. Slonina, who recently pledged his international allegiance to the U.S. after being courted by Poland, has become a hot commodity, with Premier League clubs Chelsea and Wolves among those also reportedly trying to sign him.

But he apparently only has eyes for the Spanish capital, even though Belgian star Thibaut Courtois, who was sensational in last month’s Champions League final, is under contract until 2026.