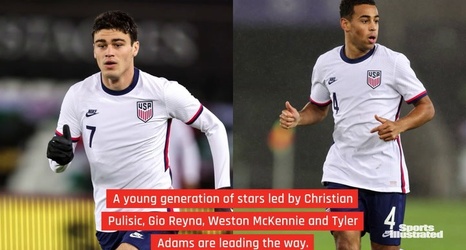 After going 14 league matches without a goal, Christian Pulisic has now scored two Premier League goals in the last week for Chelsea.

Kai Havertz scored the opening goal in the eighth minute and then set up Pulisic in the 10th as Chelsea continued its onslaught against Crystal Palace. The U.S. men's national team phenom handled a firm pass from Havertz with a pristine touch, cushioning it to his left foot before firing a rocket over a helpless Vicente Guaita for the goal.