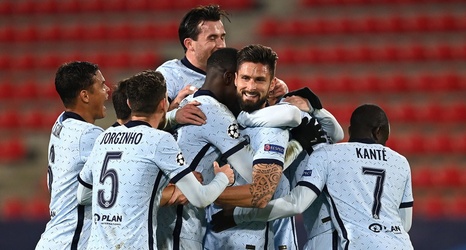 In mid-October, when Chelsea threw away a two-goal lead to draw 3-3 at home to Southampton, it seemed that, despite all the summer signings, all the problems of last season remained. That was nine goals conceded in five Premier League games, and no side can cope with having to score an average of two goals a game just to get a point.

Then Edouard Mendy took over in goal and, in eight games since in all competitions, Chelsea has conceded only two goals. A 2-1 win at Rennes on Tuesday secured qualification for the last 16 in the Champions League with two games to spare.