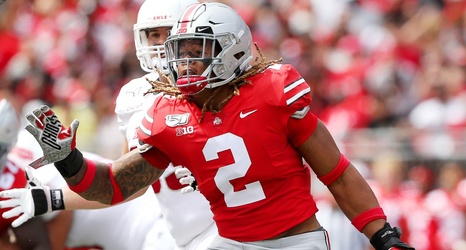 Ohio State defensive end Chase Young, perhaps the most viable defensive candidate for the Heisman Trophy in decades, will not play for the Buckeyes Saturday against Maryland as the athletic department looks into “a possible NCAA issue from 2018,” according to a school release.

The inquiry is open-ended and the potential violation is unidentified. Ohio State has merely declared that Young is not available this week, with no specific timetable for when his status will be clarified.

On Friday, Young tweeted that he "made a mistake last year by accepting a loan from a family friend I've known since the summer before my freshman year at OSU.