Charles Barkley on Politicians: 'They Divide And Conquer' 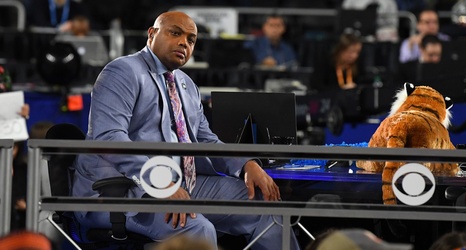 Former NBA player and NCAA men's basketball tournament analyst Charles Barkley gave a speech on politicians and politics that has since gone viral while on the air for Saturday's Final Four.

Barkley's monologue comes as a response to a segment where former President Robert F. Kennedy addressed a crowd in Indianapolis, the site of the Final Four, on April 4, 1968, to deliver the news that Rev. Dr. Martin Luther King had been assassinated.

Kennedy asked Black citizens to not retaliate with anger. But when Barkley was asked on the air to address the segment, he aimed for politicians and the state of current politics.