Celtics to Retire Kevin Garnett's No. 5 Jersey Next Season 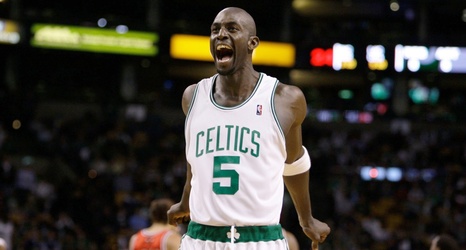 The Celtics will retire Kevin Garnett's No. 5 jersey next season, the team announced Thursday during the first quarter of its matchup with the Clippers.

Garnett played just six seasons with the Celtics, averaging 15.7 points and 8.3 assists during his tenure, but made five All-Star appearances and was instrumental in the team's NBA title in 2007-08.

"I'm honored and thankful to have my number retired with the Celtics," Garnett said in a statement. "I will always have immense respect and appreciation for ownership, Danny Ainge, Doc Rivers, my past teammates and Celtic nation."

Garnett was traded to the Celtics during the 2007 offseason after spending the first 14 years of his career with the Timberwolves.