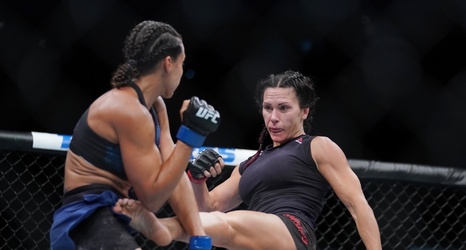 Cat Zingano is ready to return to the cage.

Riding a two-fight win streak, Zingano (12-4) is seeking championship gold. She defeated Olivia Parker last April at Bellator 256, putting herself in position for a title shot. Bellator President Scott Coker recently shared with MMA Junkie that Zingano is next in line to fight the great Cris Cyborg, the reigning women’s featherweight champion. While not yet official, that fight appears to be occurring soon.