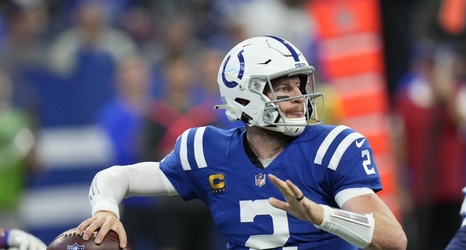 Per NFL Network's Ian Rapoport, the Colts are going with Wentz after he sprained both ankles last week.

Rapoport noted Wentz has had "no setbacks" and was pushing to play, but the coaching staff does have backup plans in the event he "can't play to the proper level."

Wentz had suffered an ankle injury in Week 2 against the Los Angeles Rams and was unable to finish the game.

"I've sprained my ankle probably 100 times since I was a kid," he told reporters after the game.