Carmelo Anthony Moves to No. 10 on All-Time Scoring List 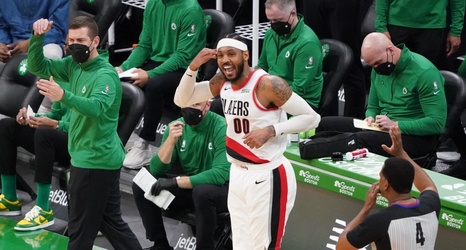 Carmelo Anthony may be in the twilight of his career, but the 18-year veteran can still light up the scoreboard.

Anthony moved to No. 10 on the all-time scoring list on Monday night, passing Elvin Hayes with a three in the second quarter against the Hawks. Anthony is the second active player to sit in the top 10, joining fellow 2003 draft mate LeBron James.

Anthony has been one of the NBA's premier scorers since his rookie season in 2003-04. He averaged 20-plus points per game 14 times, winning the scoring title with the Knicks in 2012-13.