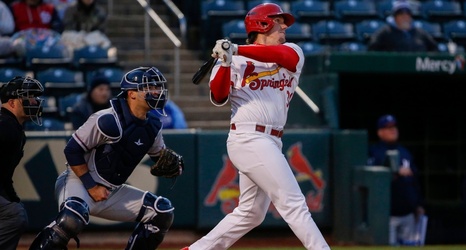 The Double A second baseman hit for the home run cycle, clubbing a solo shot, a two-run homer, a three-run homer and a grand slam in the same game. The 25-year old Redmond tallied 11 RBIs while going 5-for-6 as the Springfield Cardinals romped past the Amarillo Sod Poodles 21–4 in a Texas League game.

The home run cycle has been accomplished only once before in the history of organized professional baseball, also in the Texas League. Tyrone Horne of the Arkansas Travelers was the first to do so in a 1998 game at San Antonio.