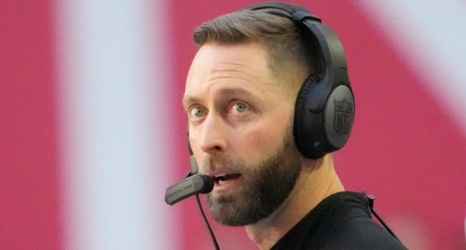 In this week’s episode of Hard Knocks, Cardinals coach Kliff Kingsbury spoke to his team about the ongoing off-field situations surrounding the team.

A report surfaced Tuesday that assistant coach Sean Kugler was fired after he allegedly groped a woman in Mexico City when the team played there on Monday.

Kingsbury addressed the situation with the team in the most recent episode of HBO’s behind-the-scenes show, and noted that moving forward, the team should remain focused on what’s happening on the field.

“Obviously a situation in the coaching staff,” Kingsbury said.