Caleb Farley First to Leave NCAA Early, Where Does He Fit in the NFL? 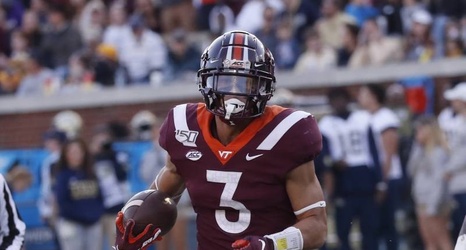 With a season of uncertainty ahead for college football, Virginia Tech cornerback and likely first-rounder Caleb Farley announced Wednesday that he was sitting out the 2020 season and preparing for the 2021 NFL draft.

The decision, as seen in Farley's Instagram video, was painful and emotional. No player wants to be seen as quitting on their team or putting themselves first. But with the NCAA still not providing clear plans for what a season looks like as the COVID-19 pandemic continues across the country and has left over 150,000 Americans dead, Farley's choice to prioritize the health of himself and his family is admirable.