Business of Football: NFL Teams Should Just Acknowledge Their Rookie Quarterbacks Are Going to Play 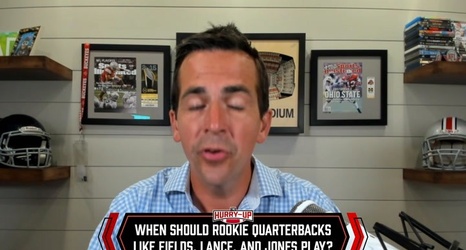 Sometimes conventional wisdom is simply old-fashioned “the way we’ve always done things” thinking. There is some of that thinking when it comes to playing rookie quarterbacks, even those picked high in the first round of the draft. Excluding first-round quarterbacks who are behind future Hall of Fame quarterbacks (the Packers edition), I just don’t get the idea that these players should sit, wait and learn from quarterbacks whose current level of play is, well, average.

Ultimately, all of these teams end up agreeing with me and end up playing the young quarterbacks far sooner than they say they will.