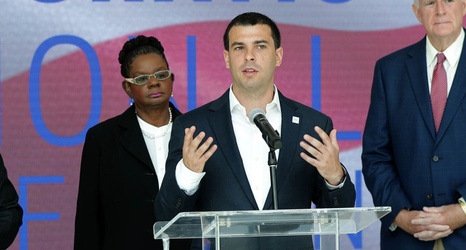 Milwaukee Bucks executive Alex Lasry announced that he is running for the the U.S. Senate and vows to bring "a fresh perspective and a new way of thinking" to U.S. politics.

Lasry, a Democrat, is eyeing the seat currently occupied by Republican Senator Ron Johnson that is on the ballot in 2022. He is the second candidate in the Democratic field.

He is a son of Bucks co-owner Marc Lasry and serves as the team's senior vice president of the team. Lasry, 33, plans to take a leave of absence from that position during the campaign.

In his announcement video, Lasry embraced his ties to the Bucks and pointed to his success in constructing Fiserv Forum, the arena in which the team plays.