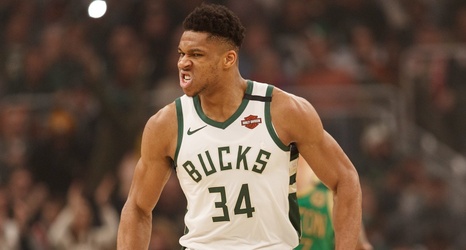 Bucks star Giannis Antetokounmpo was named the NBA MVP for the second straight year on Friday.

Antetokounmpo accepted the award from Athens, Greece, where he is currently spending time with family.

In an interview with TNT's Ernie Johnson, Antetokounmpo, a free agent after the 2020-21 NBA season, also weighed in on his future.