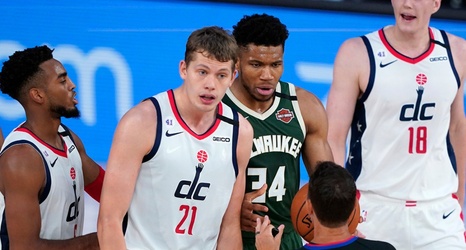 Antetokounmpo was assessed a charging foul with 8:50 to go in the quarter, but went on to confront and headbutt Wagner during the dead ball situation.

The 2019 NBA MVP, who on Saturday was named as one of three finalists for the 2020 MVP award, was issued a flagrant two as a result of the headbutt and was subsequently ejected.

He had scored 12 points and hauled in nine rebounds prior to the ejection.