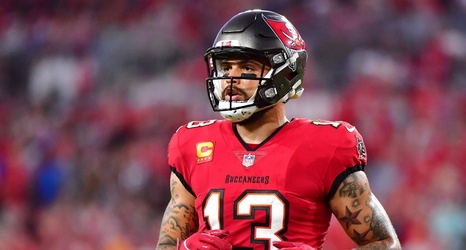 Toward the end of the campaign, the Bucs needed Evans to assume an even larger role after Chris Godwin suffered a torn ACL and Antonio Brown unexpectedly left the team. In Tampa Bay's two playoff games, he caught 17 passes for 236 yards and two touchdowns, exceeding his production from the team's Super Bowl run in 2020.