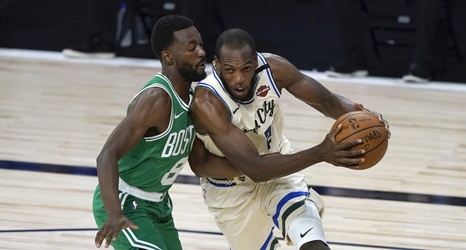 Every weekday, SI’s Chris Mannix will check-in with his Bubble Bits, a quick hit on something notable from inside the NBA’s campus

LAKE BUENA VISTA, Fla. – One possession game, four minutes to play and Boston’s most accomplished offensive weapon stood on the sidelines. Kemba Walker was fresh, having played just 19 minutes. He was sharp, with 16 points on a tidy 5-9 shooting.

And he wasn’t going back in.

“I’m not playing that game,” Celtics coach Brad Stevens said. “Kemba’s knee is the most important thing. We’re trying to strengthen it. The 18-20 minutes, whatever he ended up with, that was part of the plan.