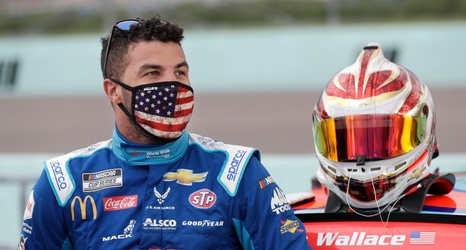 NASCAR driver Bubba Wallace issued a statement Wednesday afternoon regarding the FBI's findings into a noose found his garage stall this week, saying he felt "relieved that the investigation revealed that this wasn't what we feared it was."

"This was obviously well before the 43 team's arrival and garage assignment," NASCAR said in a statement.