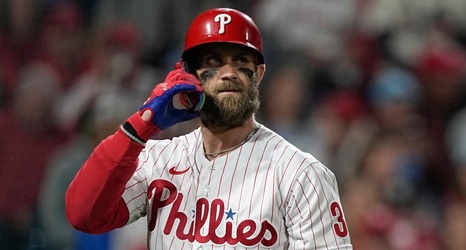 If there’s any silver lining to the news of Bryce Harper’s Tommy John surgery announcement, it’s that the Phillies have been through this before.

It was late June when Harper suffered a fractured thumb after being hit by a pitch, causing him to miss two months and 52 games on the injured list. This was roughly six weeks after an MRI revealed a tear in his right UCL, which forced him into permanent designated hitter duties.

None of this slowed Harper down while he was in the lineup, and the hope from the Phillies’ standpoint is that the procedure won’t impact his game-altering presence in the batter’s box.