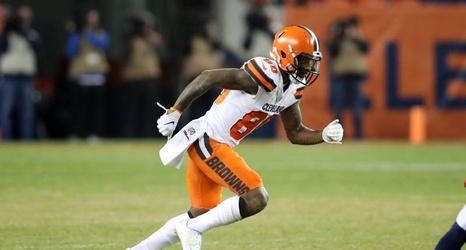 Cleveland Browns wide receiver Jarvis Landry told Mary Kay Cabot of Cleveland.com that running back Duke Johnson Jr.'s trade request "will not be a distraction" when the team begins training camp on Thursday.

"It will not be a distraction," Landry said. "Our focus is pretty clear. We want to win a championship and the guys that are here, that’s going to help us do that. We start on Thursday. Let’s get it done."

Landry previously spoke about the matter in June after quarterback Baker Mayfield expressed disappointment with how he felt Johnson handled his trade request:

#Browns WR @God_Son80 says Baker Mayfield comments re: Duke Johnson are “a non-issue” and situation is “blown out of proportion” https://t.