Browns Bonanza, Eagles and Texans Upheaval and Divisional Round Picks | The Weak-Side Podcast 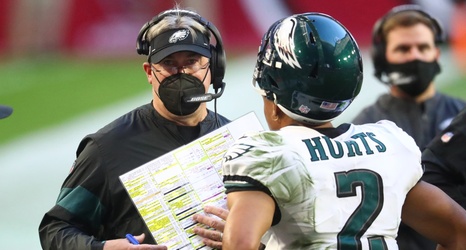 This week on the Weak-Side Podcast, Conor and Jenny break down wild-card weekend, starting with the Browns' assertive win against the division-rival Steelers, setting up next week's meeting with the Chiefs at Arrowhead, and raising questions about Ben Roethlisberger's Steelers future. They also discuss the big news of the week, the Eagles parting ways with Super Bowl-winning head coach Doug Pederson, and reports that Deshaun Watson could want out of Houston amid the latest Texans turmoil. For next week's divisional round games, Conor and Jenny are in agreement on Packers having the upper hand against the Rams, but have different favorites in the three other matchups.