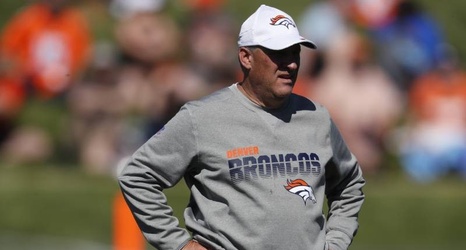 Denver Broncos head coach Vic Fangio announced Friday music will be banned during the team's practices throughout training camp ahead of the 2019 NFL season.

Fangio explained his decision to James Palmer of the NFL Network.

"There's no music in games," he said. "And when it comes to the point where we need to simulate crowd noise in practice, which we will do, it will be noise. It won't be music ... Noise by definition is sounds annoying. Music sounds nice."

Fangio is trying to chart his own path after being named a head coach for the first time in January after 40 years as an assistant at the high school, college and professional levels.