Brittney Griner Timeline: What Has Happened Since She Was Detained 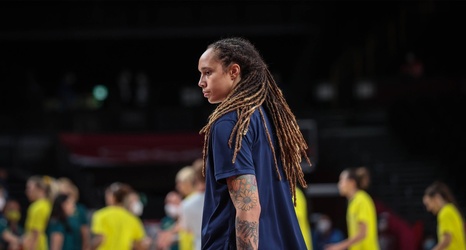 Brittney Griner is one of the WNBA’s brightest stars.

The 31-year-old is a seven-time All-Star, a two-time Olympic gold medalist and since 2015, she has competed UMMC Ekaterinburg in the Euroleague during the WNBA’s offseason. But instead of playing alongside her Mercury teammates when the season tipped off on May 6, Griner has been detained in Russia since February.

She was taken into custody at Sheremetyevo International Airport near Moscow, where Russian officials said they discovered vape cartridges containing hashish oil in her luggage. According to the Customs Service statement, a criminal case involving the American basketball player “has been opened into the large-scale transportation of drugs,” which can carry a jail sentence of up to 10 years in Russia.