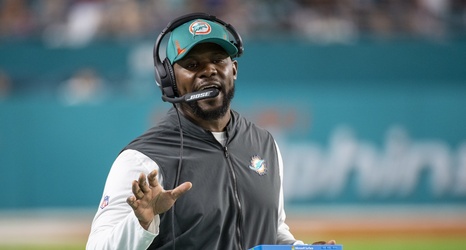 The Chicago Bears and Houston Texans both announced that they have completed interviews with Brian Flores for their open head-coaching positions.

Though Miami went 24-25 under Flores, the Dolphins are coming off back-to-back winning campaigns for the first time since 2002-03.

Prior to his time in Miami, Flores worked on the New England Patriots' coaching staff from 2008-18, rising to the rank of linebackers coach in 2016. He took over defensive playcalling duties in his final season in Foxborough, which ended with the Pats earning a 13-3 win over the Los Angeles Rams in Super Bowl LIII.