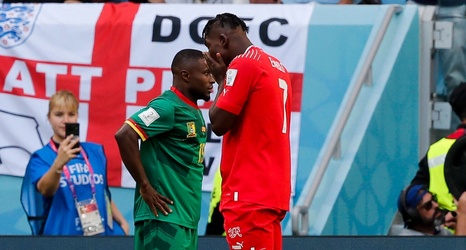 The Switzerland striker opened the scoring against Cameroon less than three minutes into the second half, but he didn’t celebrate what would otherwise be a moment of pure joy. Embolo was born in Cameroon, moving when he was 5, and out of respect for his native land, he simply put his hands up and let his teammates do the celebrating for the go-ahead strike. Chicago Fire star Xherdan Shaqiri teed up the 25-year-old Monaco forward, who was left unmarked in the center of the box and was clinical with his finish.