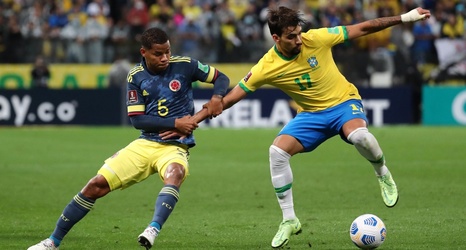 With five qualifying matches and 12 months to go until the 2022 World Cup kicks off in Qatar, Brazil punched its ticket with a 1–0 win over Colombia on Thursday.

It took a late goal from Lyon midfielder Lucas Paquetá to hand the Brazilians the lead in the 72nd minute in a game in which they outshot their opponents 16–5. The victory puts Brazil at 34 points, 18 ahead of fifth-place Colombia with just five matches remaining.

Brazil has now stretched its lead atop the CONMEBOL table to nine points, continuing its remarkable undefeated qualifying run.